People began to establish more permanent dwellings as they started to farm the land. However, evidence of their settlements and associated field systems, dating from c4000BC to 1600BC, is rare. Some individual elements, like the timber hall at Crathes in Aberdeenshire, are large but not of a size to be recorded as HLA data.

Extensive surviving examples of early prehistoric settlement have only been found in Orkney and Shetland, and consist of the remains of drystone buildings and fields bounded with stone dykes. However, in some instances modern farming turns up quite large scatters of early prehistoric artefacts, including fragments of handmade pottery, flints and worked stones. These also indicate areas of early settlement. 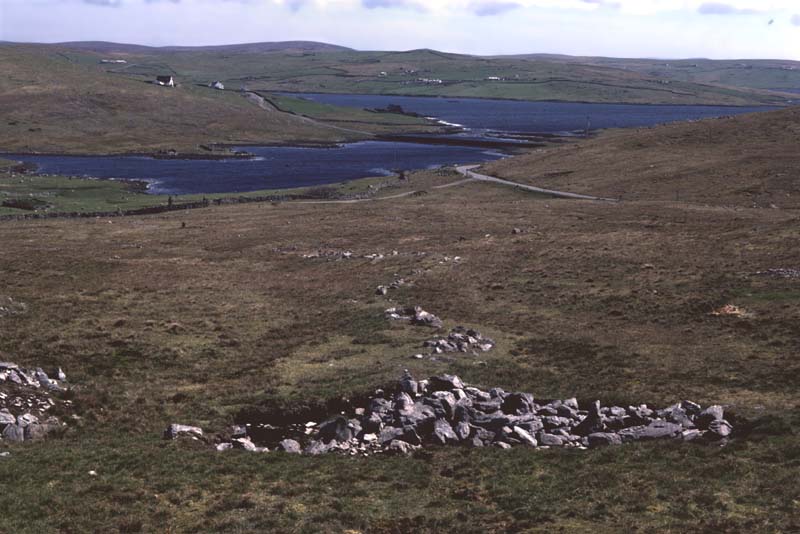 The excavated site at Scord of Brouster on Shetland is the best-known example of surviving evidence for early prehistoric farming. The primary source for identifying such sites is Canmore and its associated archives.