Settlements and associated field systems dating from c1600BC to 400AD survive across Scotland either as slight upstanding remains in areas of rough grazing and moorland or beneath the plough soil, flattened by more recent agricultural work but recorded as cropmarks by aerial photography.

They usually consist of groups of round houses or hut circles with associated field systems. Occasionally there is evidence of cultivation, with areas of narrow ridges, known as cord rig. Some field systems include a scattering of small mounds or cairns of stone (clearance cairns) across them, the result of clearing stones from small patches of land to improve the grazing or arable ground. In certain instances, particularly close to a burn or stream, individual mounds can be quite large and kidney-shaped. These are 'burnt mounds' which are made up of heated and cracked stones, the debris from cooking sites or saunas. 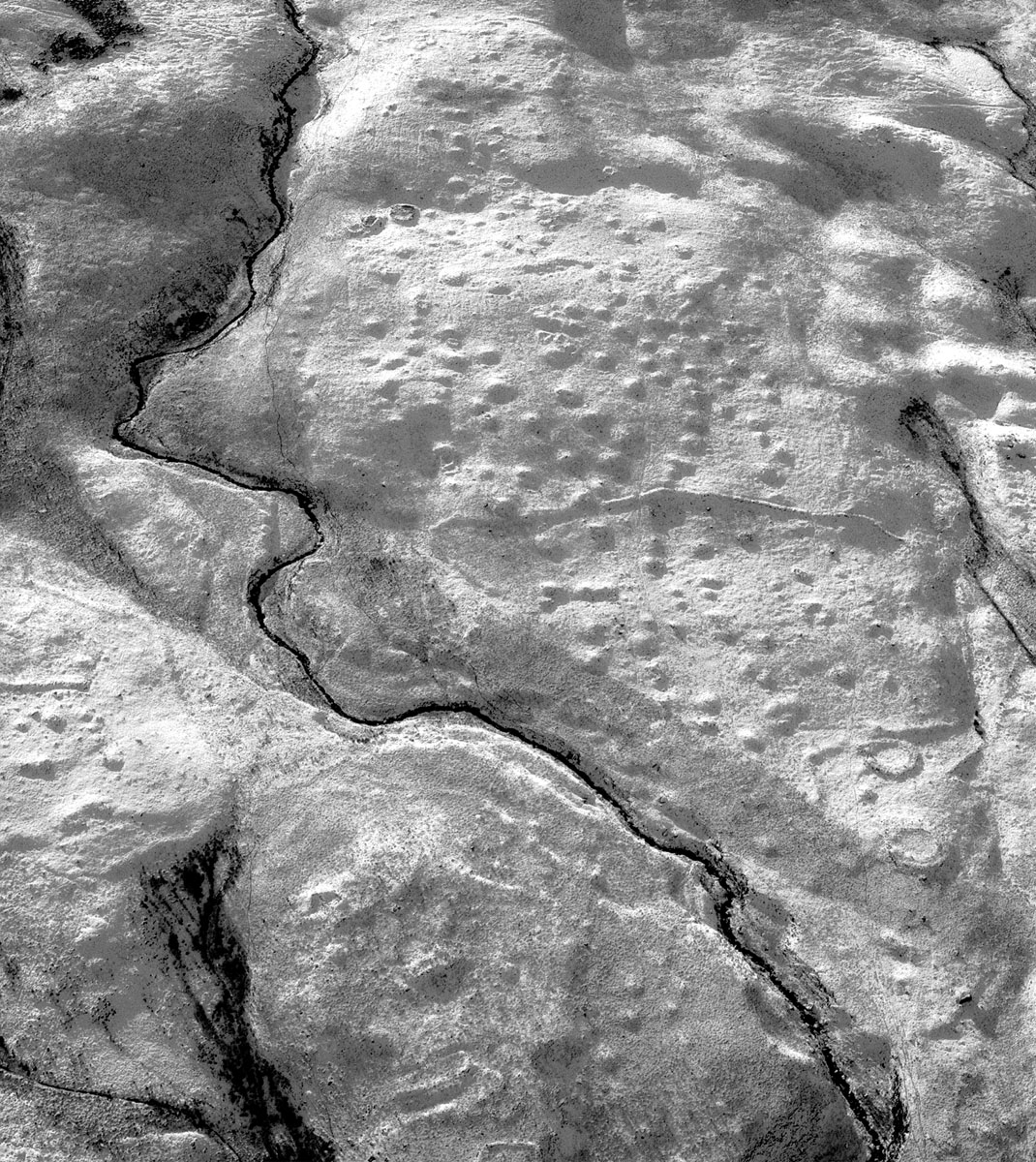 An extensive area of clearance cairns as well as several round houses covers the hill ground by Pitcarmick Burn in highland Perthshire. The primary source for identifying such sites is Canmore and its associated archives.