Although modern farming is fully mechanised, evidence for medieval or post-medieval open fields of ridge and furrow does survive, although often it’s only visible as cropmarks in aerial photographs. Cropmarks of curving lines (reverse-S shapes) reflect the way in which large teams of oxen ploughed open, unenclosed fields. The team had to start turning well before the end of each rig, creating a reverse-S shaped ridge of ploughed ground and an adjacent furrow. It is the furrows that may show in aerial photographs.

In certain rare instances reverse-S field shapes actually survive. They are specifically associated with this form of arable farming, dating to before agricultural improvements were introduced in the 18th or 19th centuries. 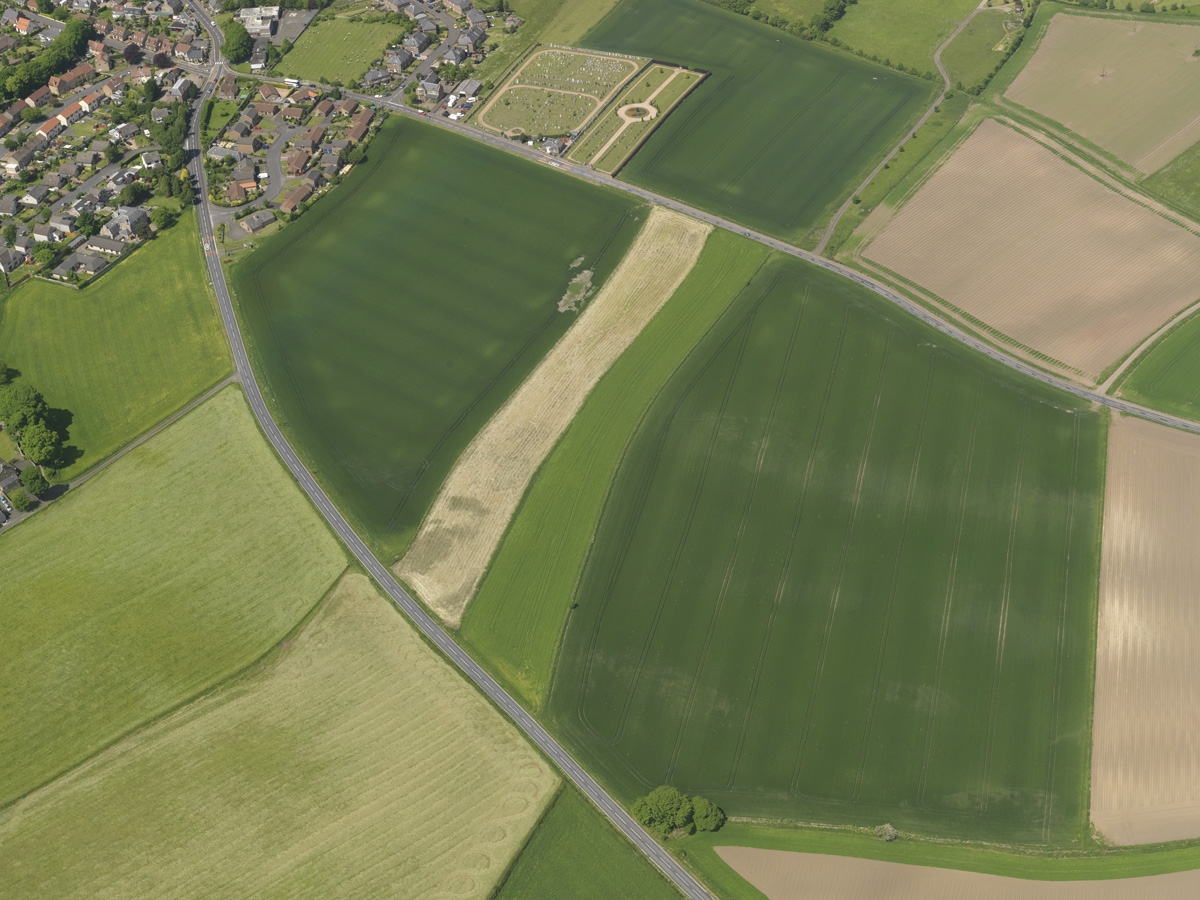 These two adjacent reverse-S-shaped fields at Falkland in Fife are differentiated by the variation in the crops. The identification of these old reverse-S-shaped rigs is based on data in historical and current OS maps as well as aerial photographs.