Intensive sheep farming was characteristic of much of the Borders during the medieval period. It has left few upstanding remains, but post-medieval stock management was also undertaken at a significant scale and there are some very large enclosures associated with this land use.

Large stone or turf built pens, yards and enclosures characterise this form of farming. However, most sheep farming did not require such large enclosures and usually stells, folds or buchts are too small to feature as HLA data, except where they form close groups. 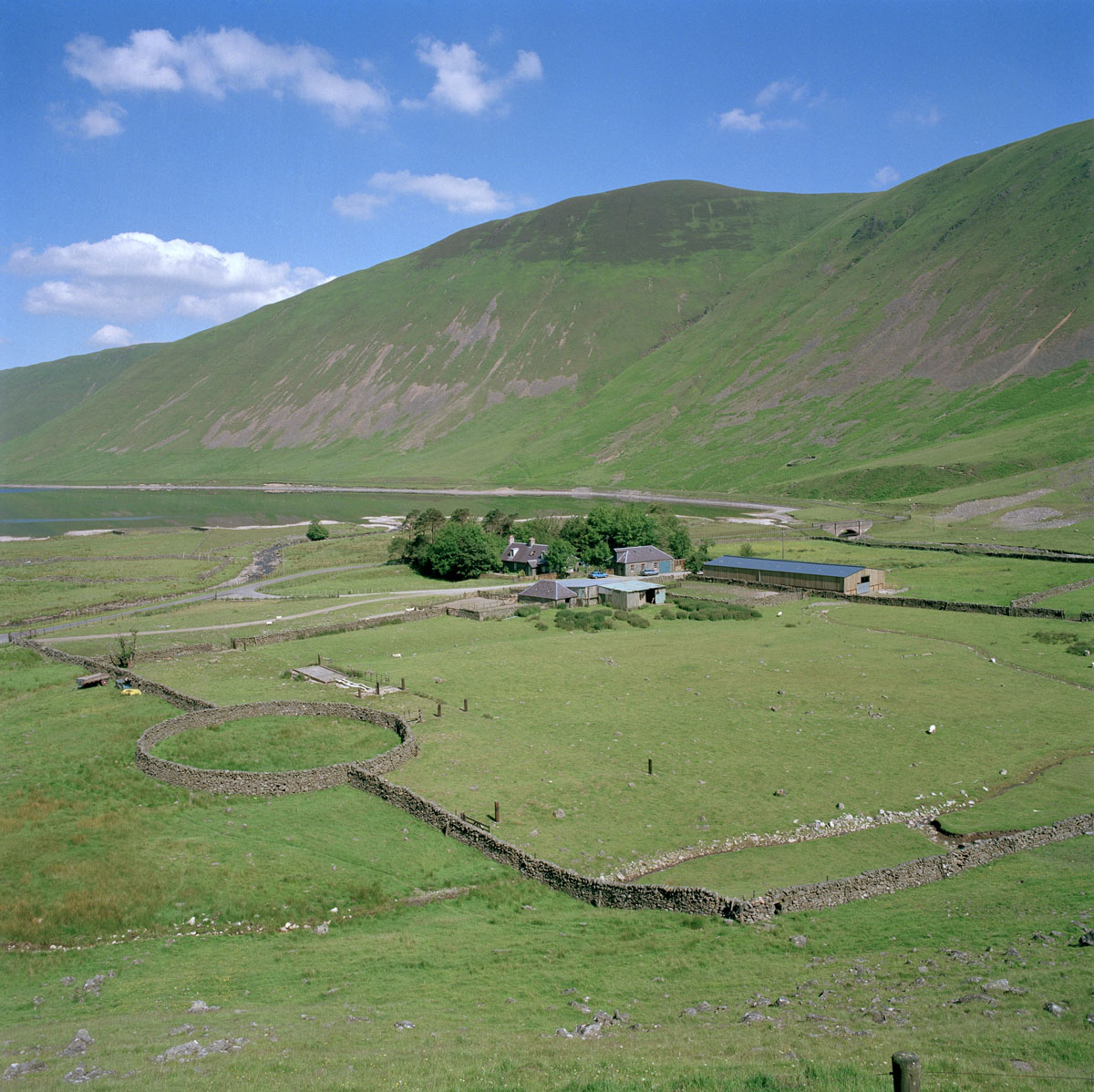 This sheep stell and fold at Talla Linnfoots near Tweedsmuir in the Borders is a post-medieval example. Historical and current OS maps note these enclosures.