Construction began on Scotland's first major canal in 1768, linking the Clyde with the Forth. There are four long distance navigable canals, now largely used for recreation rather than commerce. Canal basins, locks and their associated buildings can cover quite large areas of land, but some have been abandoned and now lie derelict. It should be noted that the full routes of canals are not usually recorded as HLA data as they tend to be too narrow. 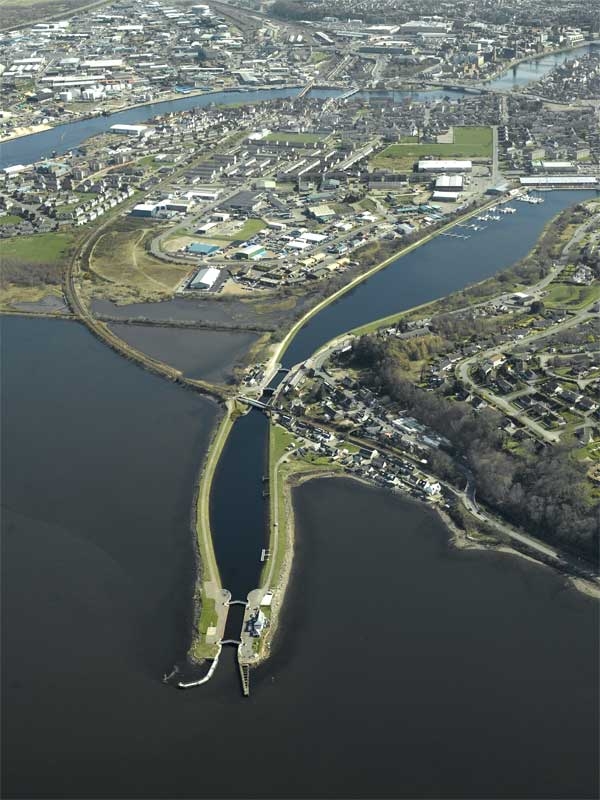 The northern end of the Caledonian Canal at Inverness consists of the Muirtown Basin with its sea lock. Canals are clearly marked on historical and current OS maps.