Before the mid-18th century and the construction of a network of surfaced roads for wheeled traffic, travel was largely on foot or horseback using rough tracks and un-made paths. Transporting goods by pack pony was common until carts could be used on engineered routes. Cattle were walked to market along traditional drove routes, over the years creating their own trackways.

Passing over hills in poor weather on rough un-made tracks was a hazard and ways had to be picked up and down slopes, over bog and burn. Routes often ended up as multiple tracks, ponies seeking drier ground whenever possible, hence the term 'braided'. Today they appear as eroded features on hill slopes or may be recorded as cropmarks in aerial photographs. 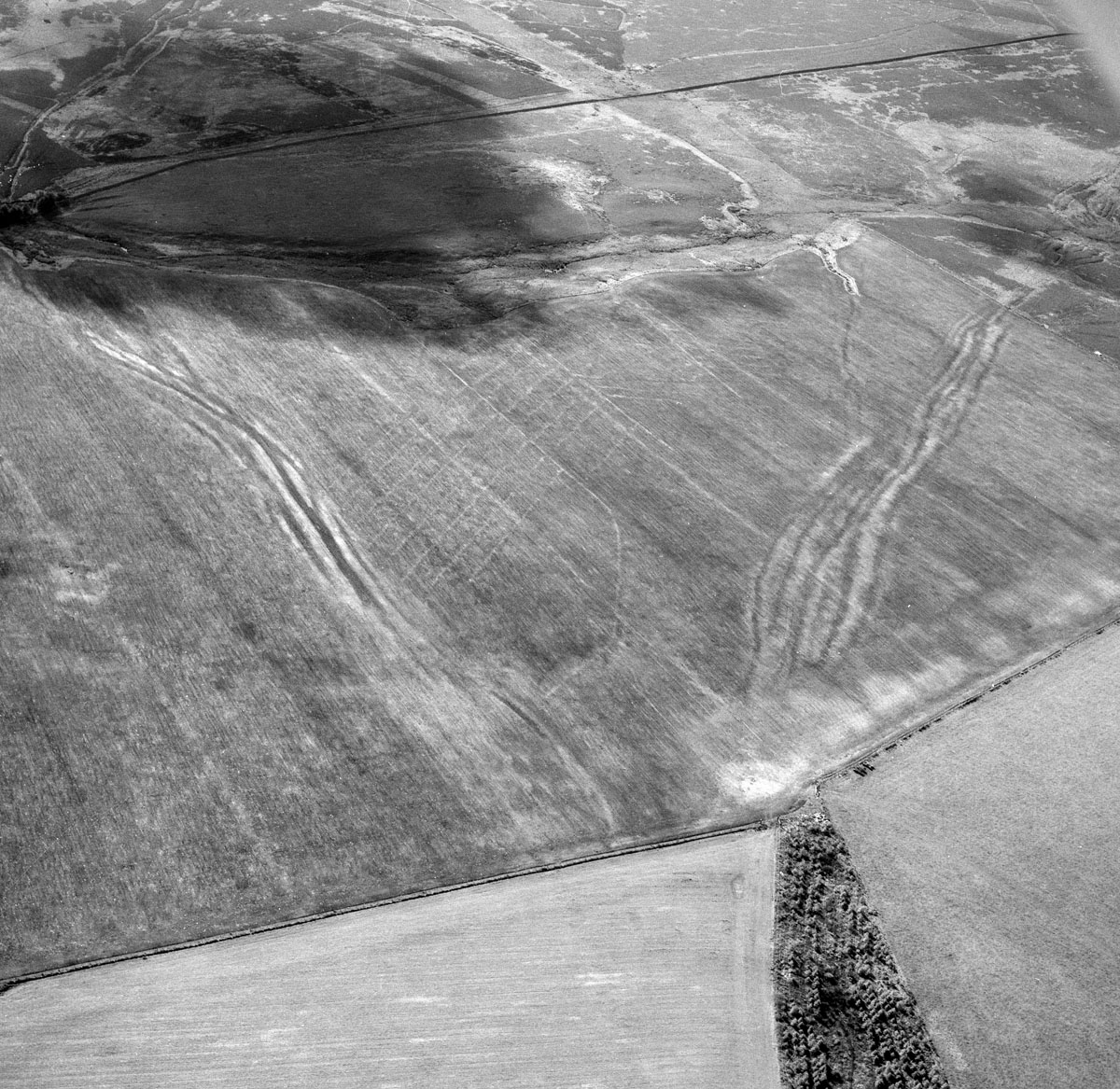 This rectilinear field at Camp Moor in Berwickshire contains ploughed down trackways which appear as a series of thick wiggly soil marks on the right and left of the image. Soil marks occur when uneven growth of a crop reveal buried features.