Before the 20th century fish traps were commonly constructed in shallow inter-tidal zones around the coast of Scotland, particularly in estuaries and sea lochs. Set at right angles to the shore, some were lines of upright timber posts with nets strung between them, channelling the fish into shallower water. Others were curvilinear drystane dykes, stretching out to the low water mark, forming a trap for fish as the tide went out. 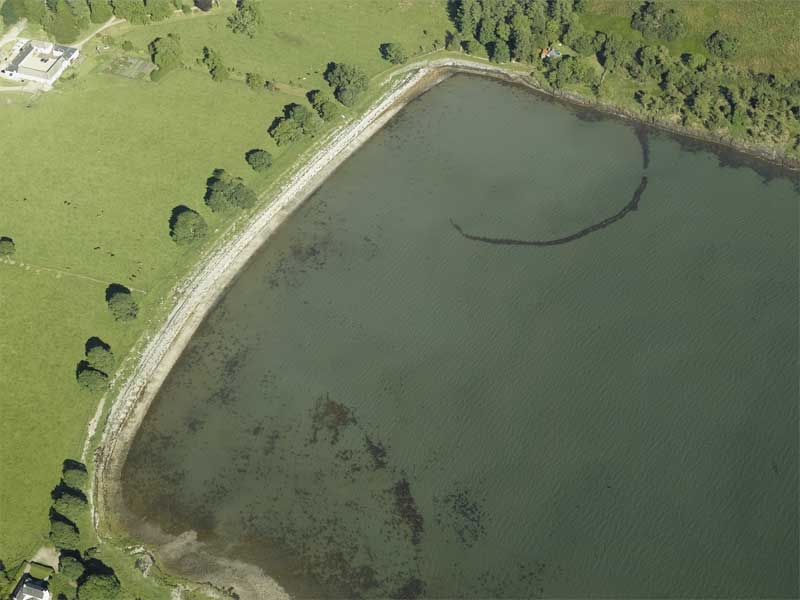 The area of the seashore within the upper tidal limit and the curving walls defines the full extent of the fish trap. This example at Airds Bay in Argyll is typical of the stone form of these structures. Aerial photography provides the most extensive record of fish traps but they are also noted on some OS maps.