Since the 19th century reservoirs of considerable size have been created in Scotland's hills by damming rivers or lochs. At first these modified or artifical water bodies were formed to provide a supply of clean drinking water to the urban conurbations of the Central Belt. Following the 2nd World War reservoirs were built across the north of the country as part of a national scheme for the provision of hydro-electric power. Many smaller highlands lochs are used for fishing; their water levels being managed by the construction of small dams and sluices.

Some reservoirs are no longer in use. They have been drained and left as rough grazing, but the earthworks and associated features remain. 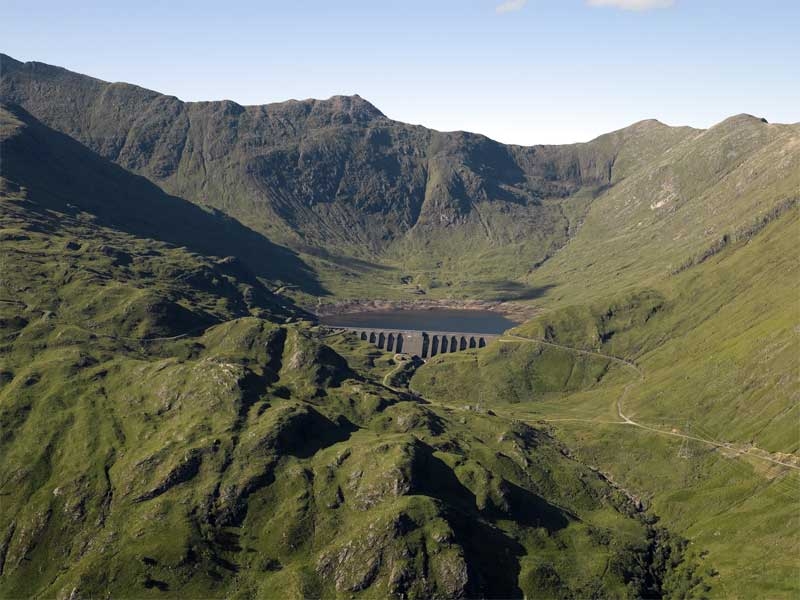 The reservoir of the Cruachan pump storage hydro-electric scheme is set in a mountain corrie on Ben Cruachan in Argyllshire. Current and historical OS maps are used to identify these artificial constructs.