Towns and cities grew piecemeal in the 17th and 18th centuries. But it wasn't until the later 1700s and 1800s that more pleasant environments were built for those merchants and others who could afford better living standards. Planned new towns were designed, often laid out in a grid pattern with squares, crescents and formal gardens. Edinburgh's New Town is just one example. 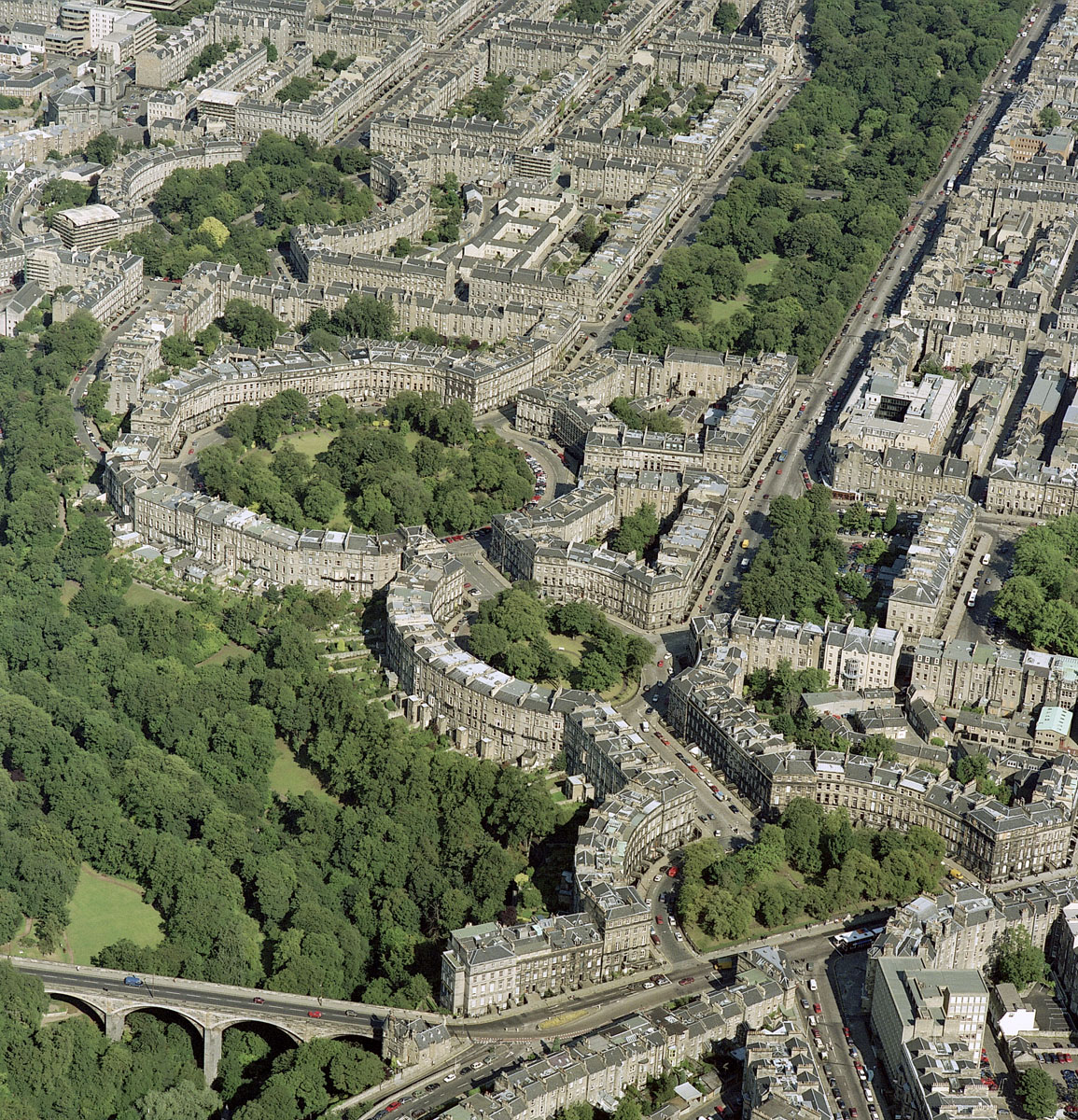 The formal planned streets and terraces of Edinburgh's New Town, with its crescents and circuses lined by smart terraced housing reflect the classical design of new towns of the period. 1st edition OS maps record these developments and they can be further clarified by studying the Town Plans of Scotland in the National Library of Scotland.