Villages, towns and cities cover extensive areas of Scotland, and include housing, schools, shops, hotels and churches, as well as prisons, hospitals, universities and various other municipal buildings. Some extend around planned villages or crofting townships, others are satellite urban developments beyond the edge of larger centres. This name has also been applied to quite small clusters of houses which nowadays have little or no specific link to rural land use, although they are sited in the countryside.

Some 'urban areas' have grown since the early 1800s, others have been created quite recently. In some instances suburban street plans reflect the previous pattern of field boundaries, while 'urban' Victorian hospitals that were originally out of town have been closed and redeveloped. 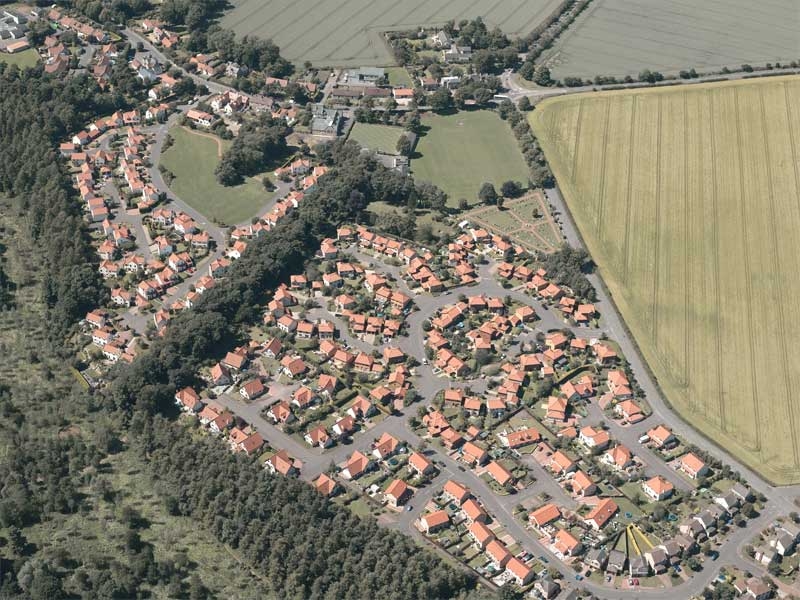 This recent housing development is on the edge of the small 19th century village of Easter Pencaitland, south-east of Edinburgh. Current OS maps and recent aerial photography are used to identify these areas.