Forts dating to between the 5th and 11th centuries AD are usually sited on hill tops and are not easily physically distinguished from later prehistoric examples. Consisting of ditches and ramparts surrounding an area of permanent or seasonal occupation, they were built of stone, timber and/or earth. Some appear in documentary sources, such as Dumbarton and Dunottar, but archaeological excavation is usually needed to confirm the period of construction and use. Some are quite small (less than a hectare) and are therefore not recorded as HLA data. 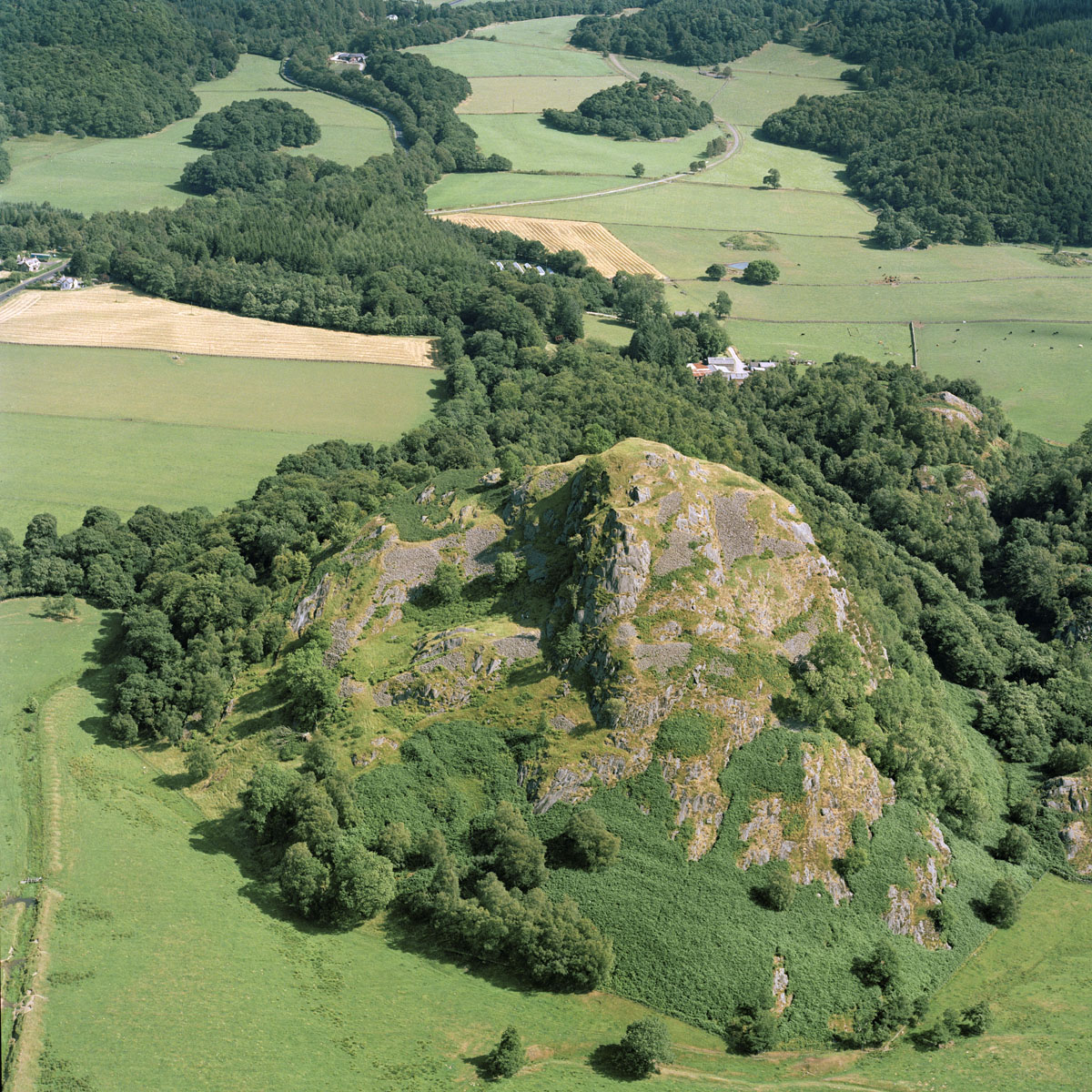 The area of the fortified site at Dundurn, in western Perthshire, occupies the top of a prominent hill. Archaeological excavations in the 1970s confirmed its early medieval date, following its identification from documentary sources as a probable Pictish site . Current OS maps usually note the extent of both prehistoric and early medieval fortifications.