Extensive military training grounds and defensive positions, as well as barracks, communications sites and radar stations were built during the 20th century. Some were required for the efforts of the 1st and 2nd World Wars, others were constructed as a reaction to the Cold War, while more recent military concerns have also resulted in building and extended training ground projects. Military airfields (as well as commercial ones), are recorded separately as HLA data.

The defensive positions of gun emplacements. observation posts, nissen huts and other buildings used during the 1st or 2nd World Wars were abandoned at the end of hostilities, along with numerous accommodation camps. The land use in such instances has largely reverted to its original form: rough grazing, moorland or farmland. 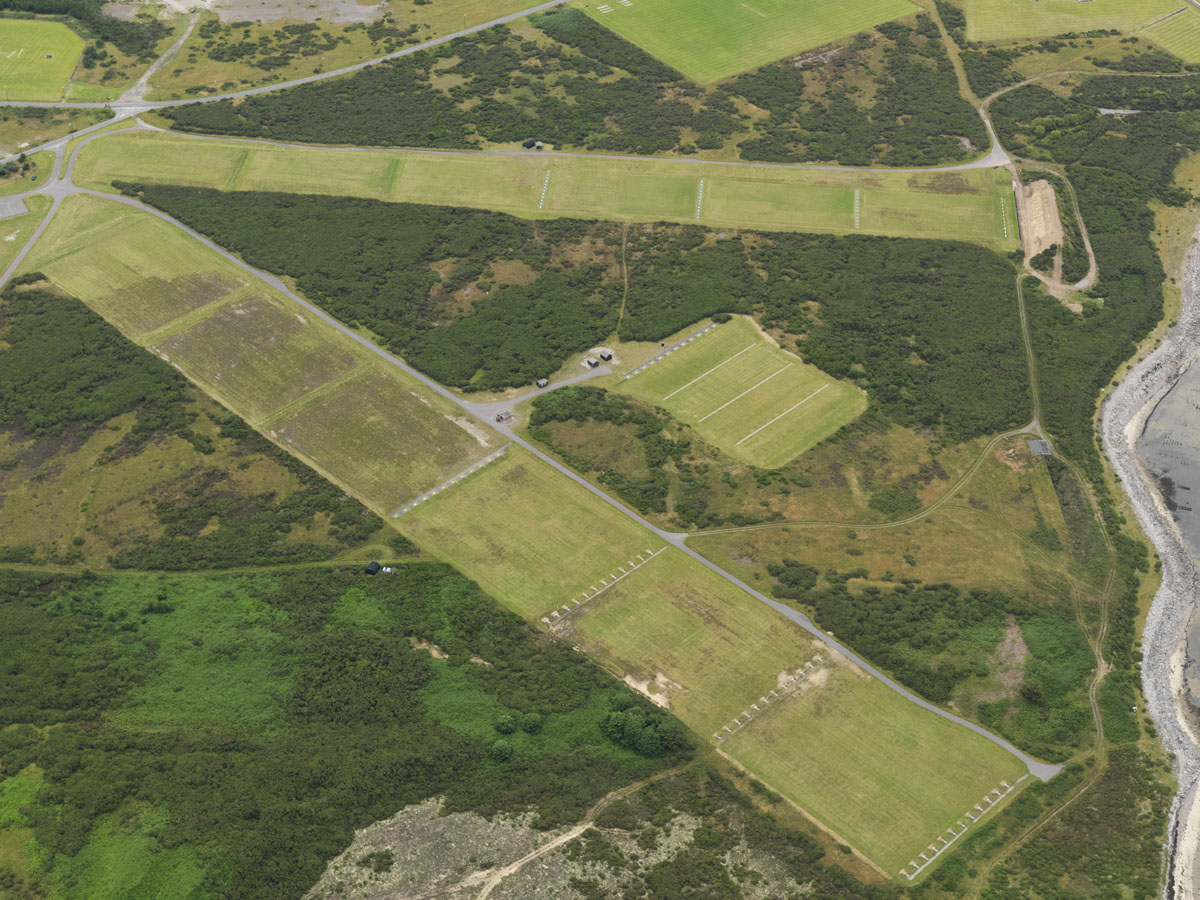 These rifle ranges are part of the modern military establishment at Fort George, near Inverness, which includes barracks, associated buildings and other training grounds. OS maps and aerial photographs as well as published sources and archives record these areas.