Bounded by ditches and ramparts to a playing card shape on plan, most Roman military sites have been ploughed flat. Some have only been identified as cropmarks using aerial photography. The location and extent of others can sometimes be confirmed by walking ploughed fields and collecting scatters of Roman artefacts. A few forts and camps are still visible on the ground, and some stretches of the earthen Antonine Wall are also upstanding. Some of these are now visitor attractions. However, certain sites are quite small (less than a hectare) and are therefore not recorded as HLA data. 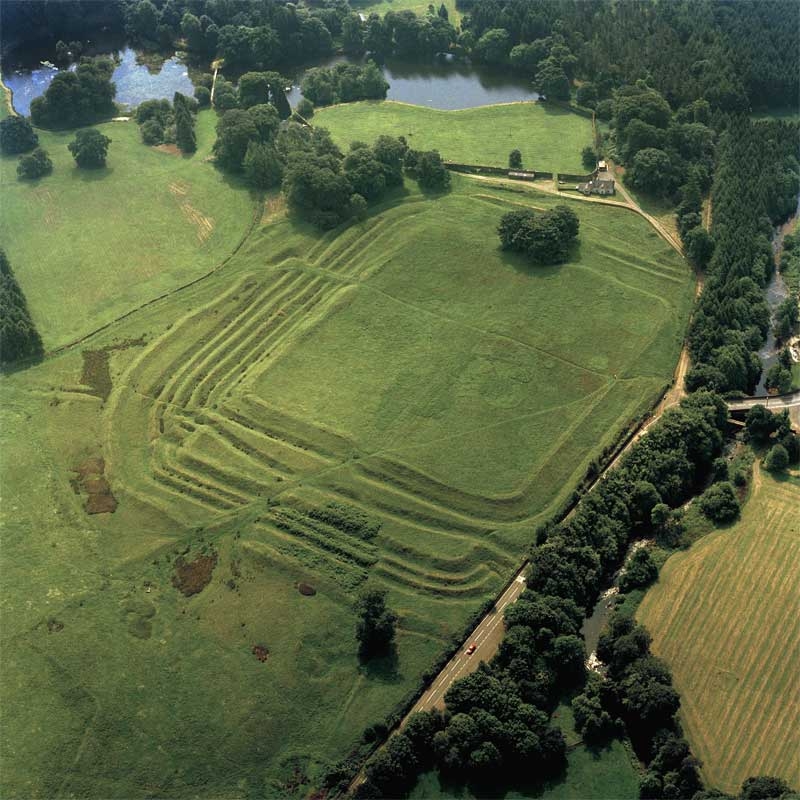 The Roman fort at Ardoch in Perthshire, with its outworks which extend into the foreground of this aerial photograph, is one of the best preserved Roman sites in the country. Current OS maps note Roman military sites wherever they have been recorded and their extent may be confirmed using aerial photographs.