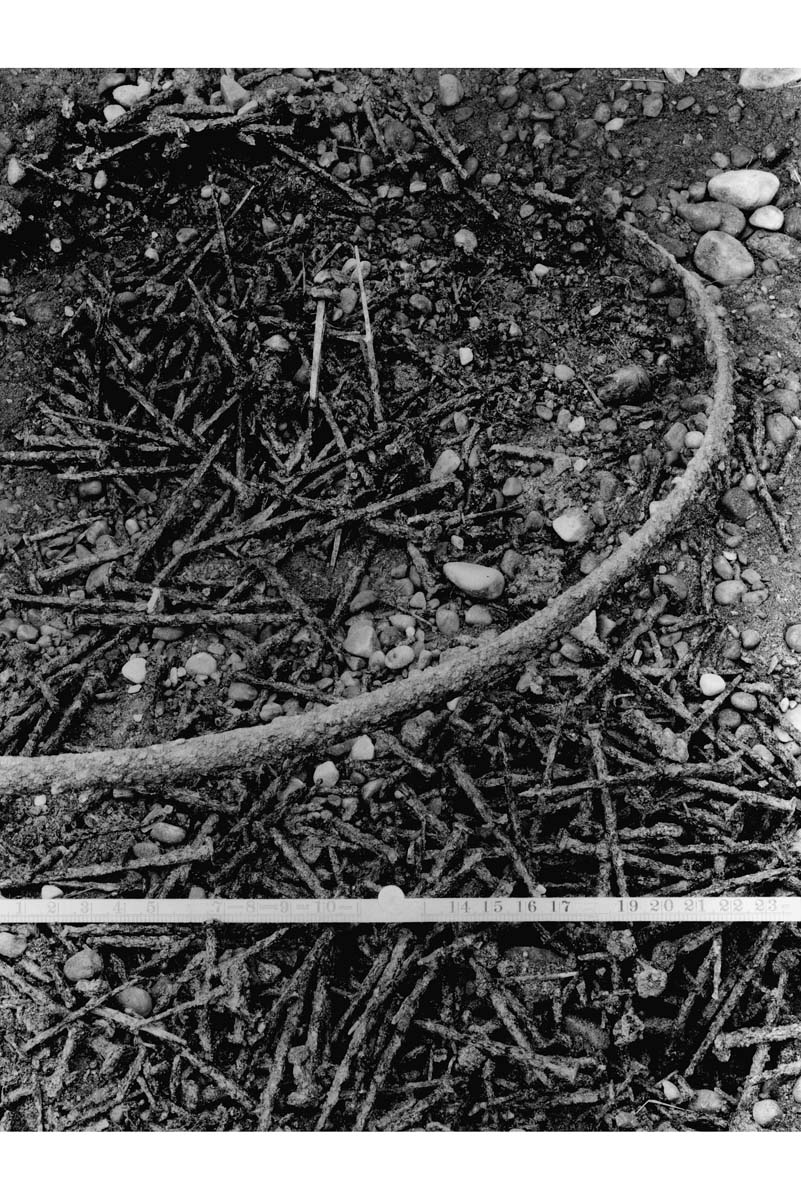 Thousands of Roman nails were found at Inchtuthil Roman Fort in Perthshire. The large semi-circular rod is probably a metal fitting from a wooden barrel which would have held the nails. Artefact scatters are usually a discrete scatter of mixed artefactual material uncovered on the surface by ploughing which here were revealed by excavation.