For centuries turf was taken for roofing, building the walls of dwellings and huts, and creating field dykes and banks. This was a practice followed throughout rural Scotland. It was only abandoned once agricultural improvements, begun in the early 18th century and continuing throughout the 19th century, had taken hold across the country.

Removing the surface layer of turf left a pattern of straight-sided rectilinear scars across the ground, which has survived in places, such as near Greenshiels in the Scottish Borders. It is most readily recognised when studying aerial photographs, especially those taken during the 1947 RAF sorties that cover the whole of Scotland. 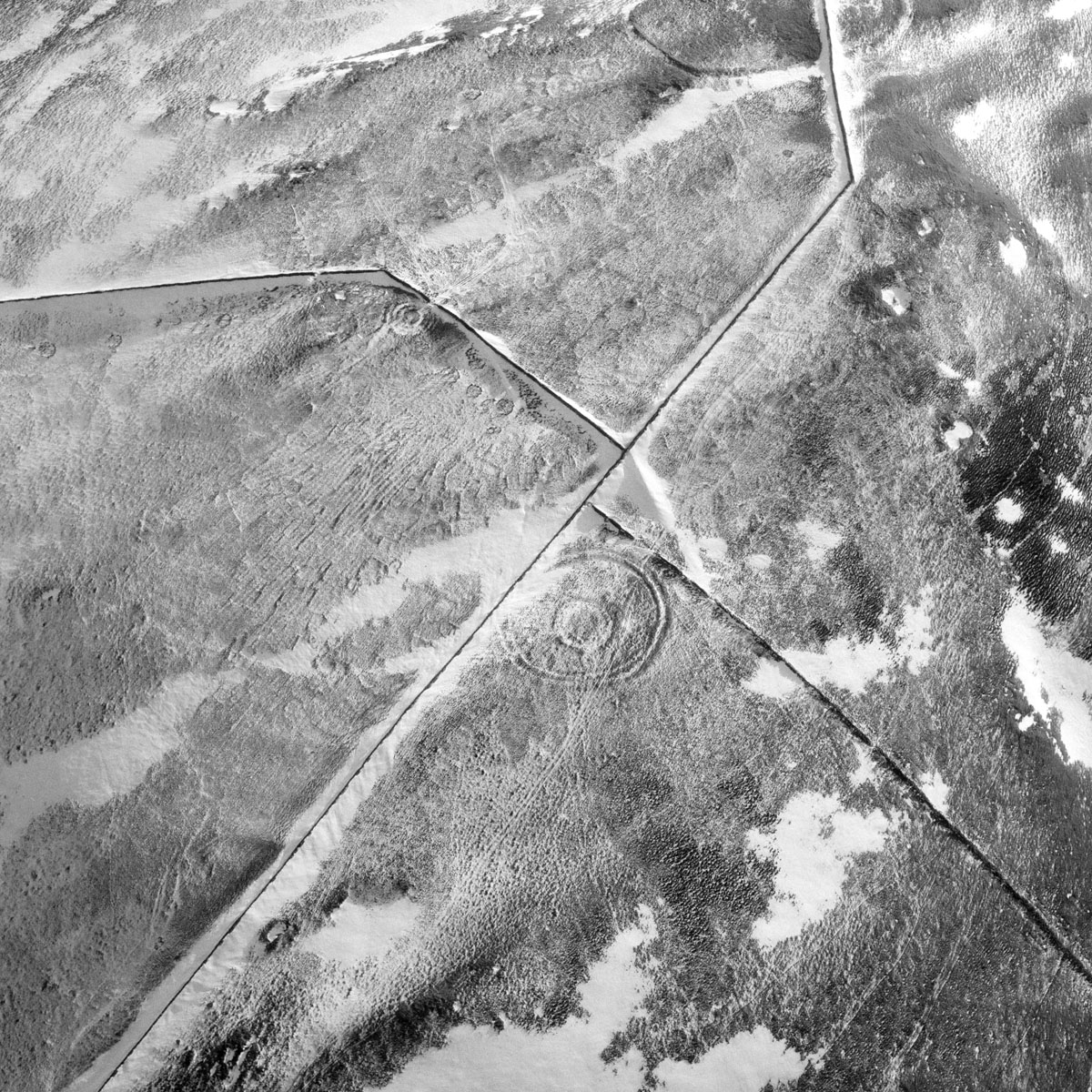 A pattern of small rectilinear scars is characteristic of turf stripping from rough grazing areas. It is best identified on RAF medium scale black and white vertical aerial photography of the 1940s and 1950s but it is a land use that is difficult to identify. Turf stripping is visible in this photograph as rectilinear shapes in the top field.