Cutting peat used to be the main way of gathering fuel across Scotland in areas where there were few trees, particularly in the north and west of the country. Specially designed spades were made and continue in use today. As well as the cuttings, various other features are associated with this land use. For instance, in some areas peat stands were built alongside the cuttings for stacking and drying the cut wet blocks. Tracks were also created across the moorland to bring the dried peats out by pony, and now by tractor.

Peat cutting for home use was largely abandoned between the 1980s and 2000s but some cuttings have recently been re-opened. In areas that are now forestry it is clear that the peat cuttings recorded on RAF aerial photographs in the late 1940s (prior to afforestation) must have been abandoned. However, without recent aerial photography or a site visit, it is difficult to know whether the peat cuttings visible in areas of open moorland in older images are still in use. 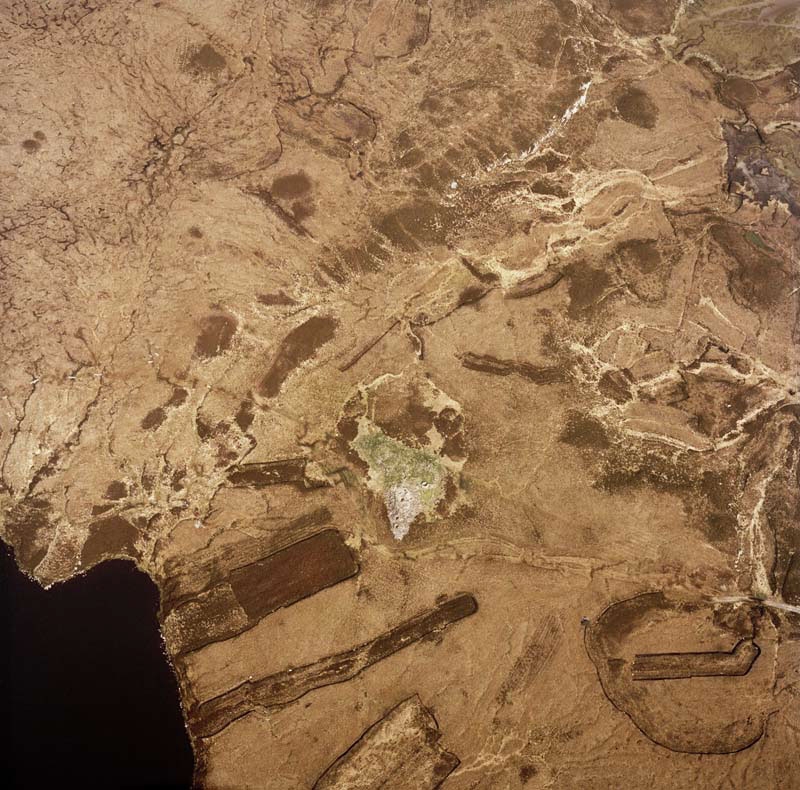 On this aerial photograph of part of North Uist in the Western Isles, the darker areas with straight edges are typical of traditional peat cuttings in recent use. The less regular dark patches are probably older, abandoned ones. The Macaulay Land Use Research Institute has produced land cover data that includes peat cutting, which may provide additional information.