From the early 18th century onwards, country landowners gradually adopted and imposed new principles and agricultural methods on their farm tenants. As part of these agricultural improvements families were turned off the land, although some were then hired to labour on the new large farms. In certain instances estate owners built planned villages for their workers.

Planned villages are distributed across Scotland, particularly in rich agricultural areas like Aberdeenshire, Fife and East Lothian. They are often laid out along a main street with a village square, and plots are large enough to include a productive back garden. A uniform architectural style tended to be adopted by each landowner for the housing. Some have now been subsumed in modern urban developments or reduced to ruins alongside a road. 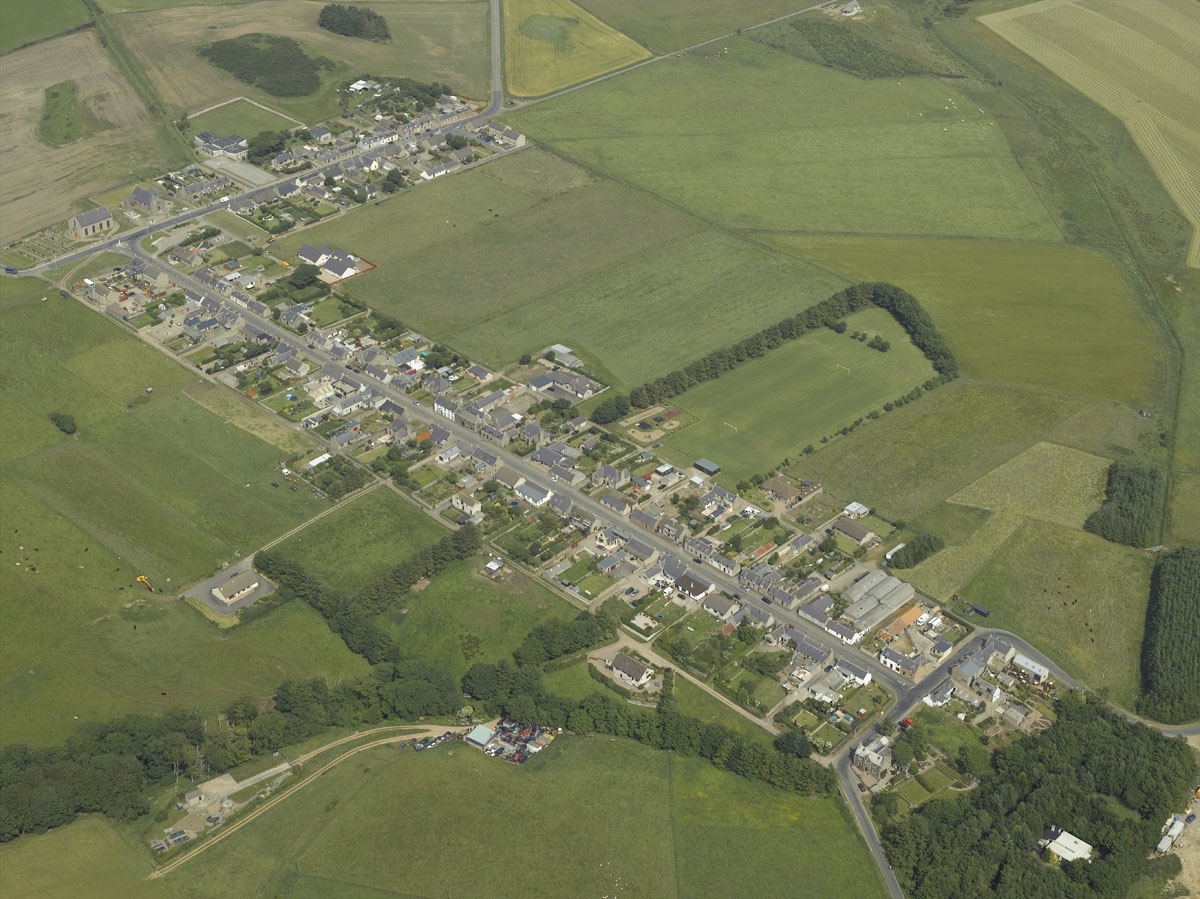 The planned village of New Aberdour, Aberdeenshire, was built to house agricultural workers and provide local services at the close of the 18th century. Historical OS maps, aerial photographs and documentary sources can be used to identify these villages, while place name evidence can prove illuminating.