Landowning entrepreneurs of the 18th and 19th centuries solved their labour problems by building planned villages for significant numbers of industrial workers and fishermen. Such settlements were built close to new large-scale industrial works for weaving (as at New Lanark), distilling or mining. They were also laid out around enlarged harbours, as at the Fishertown in Nairn.

Where industrial production ceased these villages have not always survived. Some fell into ruin and were demolished, reducing the buildings to their foundations. 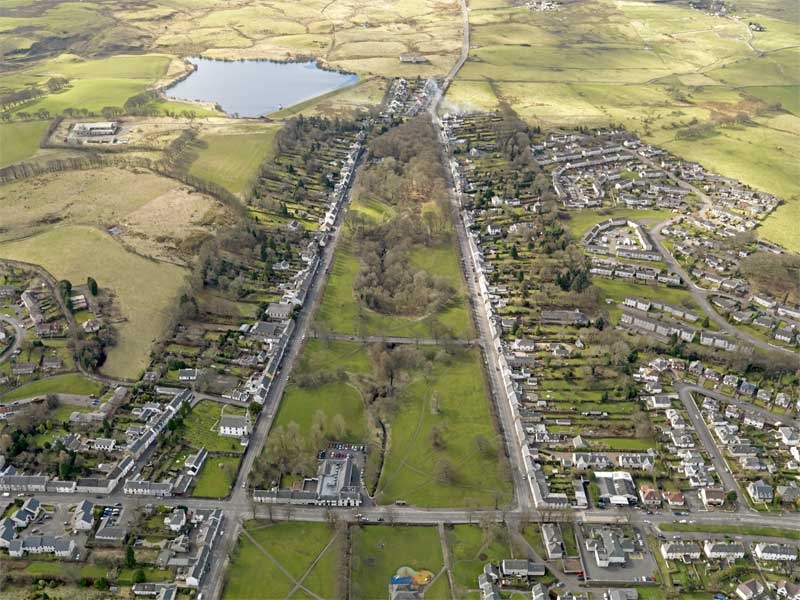 Built to house mill workers in 1769, this model planned village comprised two rows of terraced houses and plots on either side of a mill, which has since been demolished. The mill site is now occupied by a hotel. Eaglesham itself survived and expanded, as can be most clearly seen to the right of the photograph. Historical OS maps, aerial photographs and documentary sources can be used to identify these villages, while place name evidence can prove illuminating.