Scotland's marginal farmlands, rough grazings and modern forestry plantations are rich in the remains of settlements and field systems that pre-date agricultural improvements of the 18th and 19th centuries. They include a broad range of structures, including farm buildings, small mills and grain-drying kilns, as well as curvilinear field boundaries, tiny enclosures called 'planticrubs', head dykes and broad, curving rig and furrow cultivation.

In some instances on improved farmland these sites have been ploughed flat but have been recorded as cropmarks on aerial photographs or as artefact scatters. When excavated, the surviving evidence usually dates to the 17th or 18th centuries and it has proved difficult to identify specifically medieval examples. 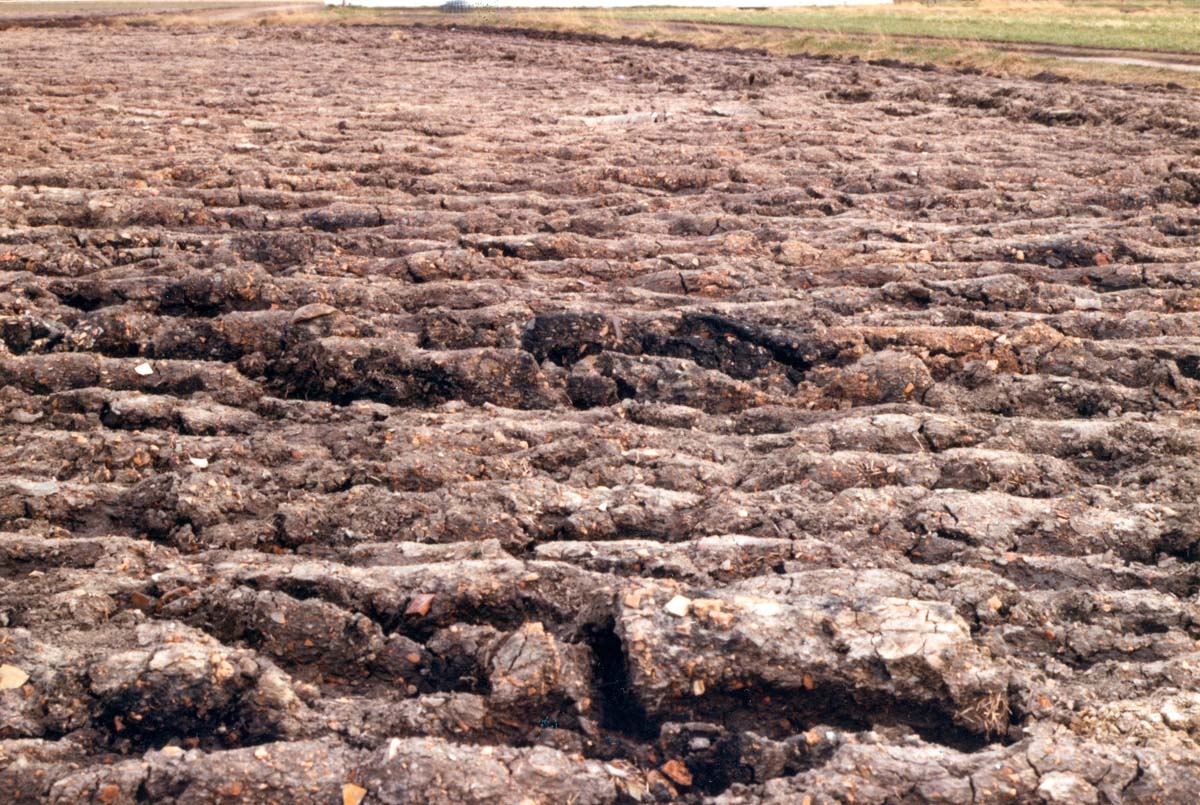 Ploughing in this rectilinear field in Throsk in Stirlingshire has uncovered a large scatter of medieval pottery sherds. This image shows the brown fragments spread throughout the furrows.