Some villages have their origins in the medieval period. The original plan of these smalll settlements usually consisted of a number of adjacent building plots of similar size arranged along either side of a street or green. A back lane around the rear of the plots may survive. It is not unusual for roads entering what was once a medieval village to change direction sharply, to follow the line of the buildings. In other instances the houses and plots clustered around a church or road junction with little evidence of order.

Certain medieval villages have since been deserted and survive only as earthworks or cropmarks, as at Makerstoun in the Scottish Borders. A few have even been buried by coastal sandstorms sandstorms such as Eldbotle, in East Lothian. Others lie at the heart of modern villages, enclosed by more recent expansion. 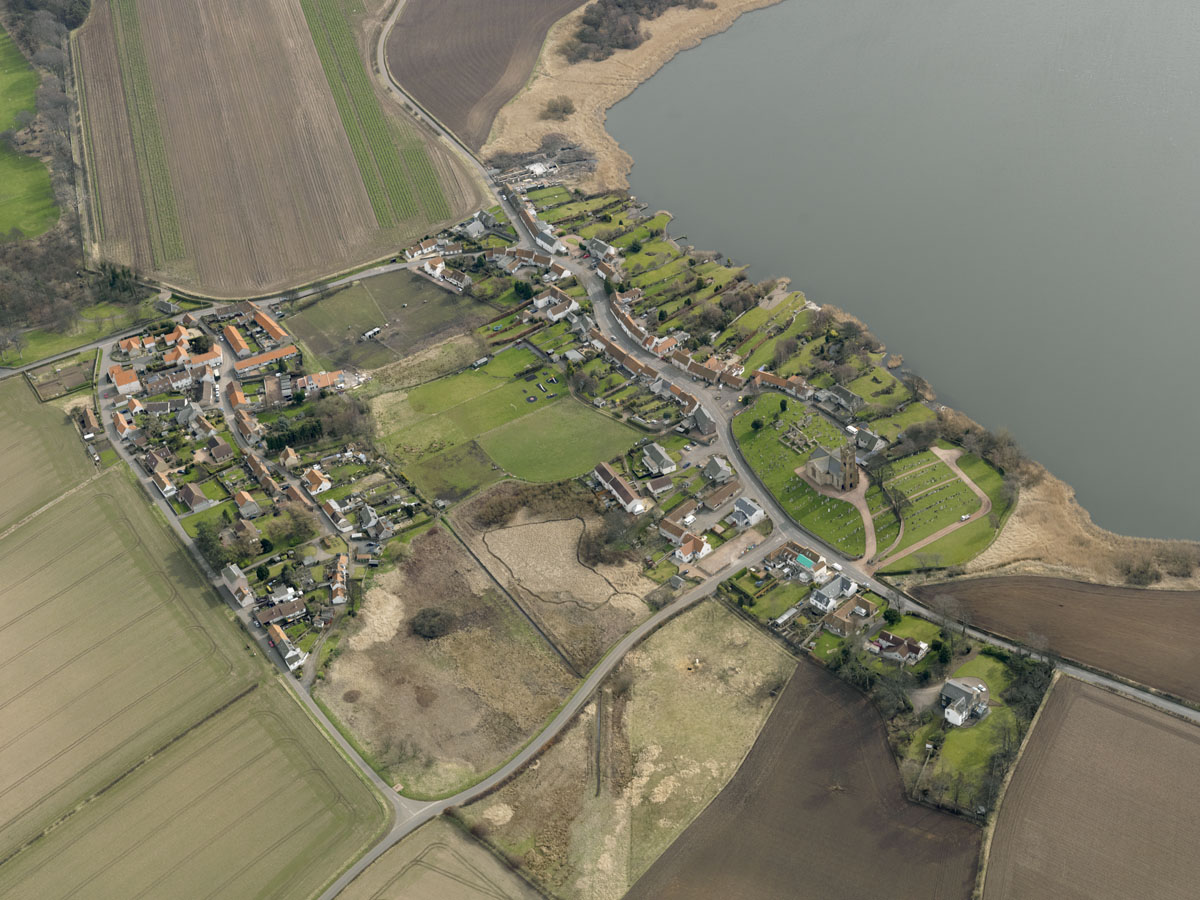 The medieval layout at the heart of these two villages is clear, particularly at Kilconquhar with its regular row of houses and small plots which run towards the loch. However, the existence of two medieval villages so close together is an extremely rare occurrence. Historical OS maps, aerial photographs and documentary sources can be used to identify these villages, while place name evidence can prove illuminating.