During the 20th century various crofting townships were created, particularly in the Western Isles. Some were formed just before and after the 1st World War, following land raids and enforced government purchase. Others were created by estate owners.

The early 20th century croftng townships look very similar in plan to traditional examples but the housing is of a characteristic style reflecting the times. More recent townships are generally less formal in layout and style of dwelling. 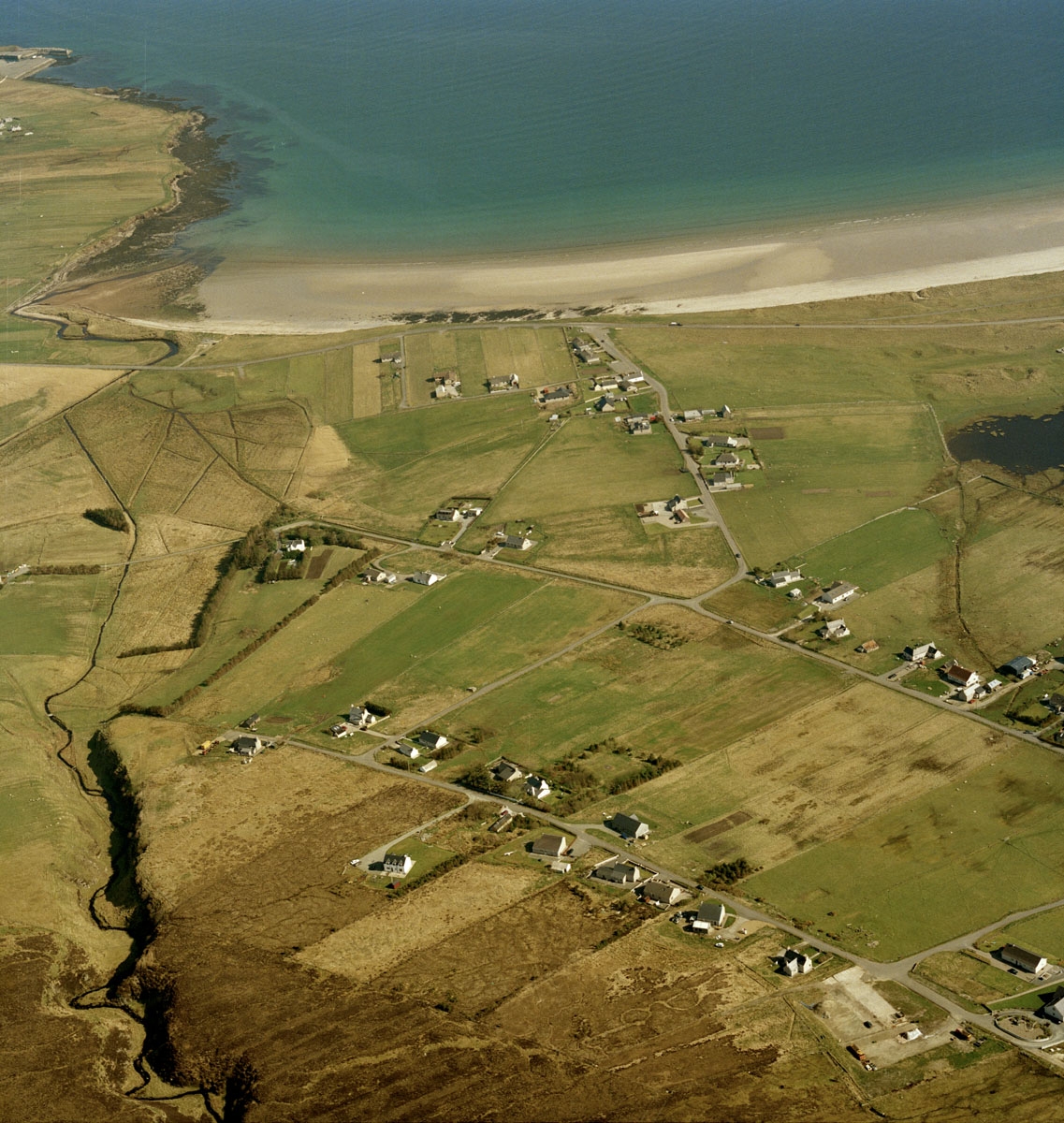 This recent crofting township was created out of the fields of the 19th century farm of Coll, Col Uarach, on Lewis. Such 20th century townships are identified most straightforwardly by comparing the 1st or 2nd edition OS maps with current maps. They will appear on the latter but not the former.