Since the 18th century burial areas have been set aside for urban and rural populations either around an existing church and graveyard, or close to a new one, or on land purchased by a local authority. The first crematorium was built in Glasgow's Western Necropolis in 1895 but it wasn't until the late 1930s that others started to appear in Scotland's largest cities, providing an alternative to burial. All such sites are enclosed by obvious boundaries, such as mortared stone walls and impressive gateways.

Occasionally graveyards are abandoned; they become overgrown and eventually tombstones tip and fall. 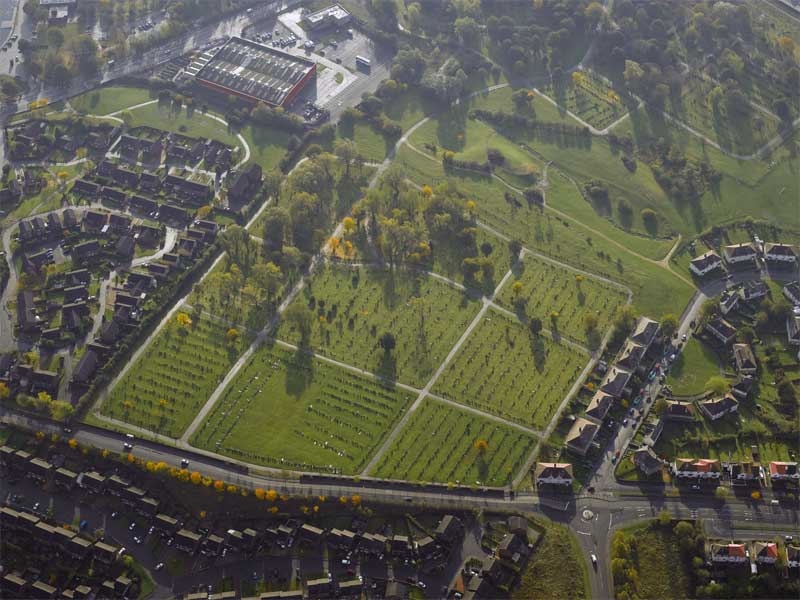 Riddrie Park Cemetery, Glasgow, can be recognised by the neat rows of headstones and access paths. Other burial areas are noted on historical and current OS maps.