Early Christian sites date from the 6th to 11th centuries, many subsequently becoming the focus for medieval worship. They include the remains of early monastic settlements, chapels, churches and burial grounds, all of which may be associated with sculptured stones or gravemarkers carved in a style characteristic of the period. Such places are often sited within a sub-circular bank and ditch, but these tend to have been flattened by ploughing and in such instances are now only evident in aerial photographs as cropmarks. 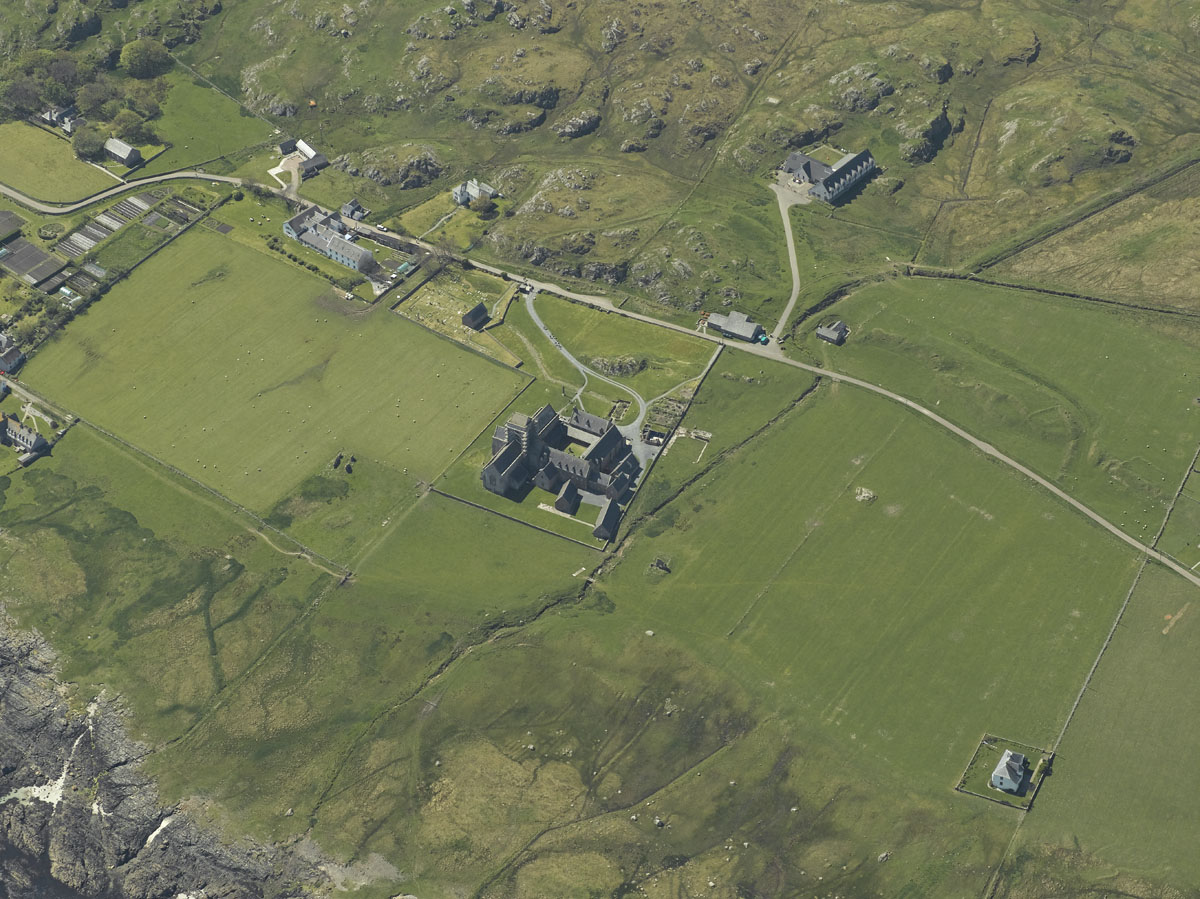 The ditch and bank (a vallum) of the early medieval monastery of Iona, visible on the right of this image as a curvilinear ditch, is used to define the limit of this early Christian site. The primary source for identifying early medieval Christian sites is Canmore and its associated archives, although maps and published sources are also useful.