Evidence relating to the pre-Christian beliefs of prehistoric communities is distributed across the landscape. There are individual burial monuments, standing stones and cup-marked rocks which are too small to appear as HLA data. But there are also larger areas that seem to have been of sacred importance, where ritual monuments and groups of burial cairns and mounds were built in the landscape between 4000 and 1500 BC.

There are various forms of ritual monuments, including the cursus (consisting of two parallel banks and ditches that run for a distance across country before turning towards each other to close both ends of what may have been a ceremonial routeway) and the henge (a large circular or oval area which originally had a circle of standing stones or timbers towards its edge, all enclosed by a large ditch and external bank). Such places can extend over quite a large area of today's farmland. In addition stone rows and groups of stone circles, as well as areas of cup-marked outcrops of rock, also mark areas of early ritual significance. Groups of burial mounds or chambered cairns (some round, others long) are also important features in the countryside. Where such groups cover at least a hectare of ground they are recorded as HLA data. 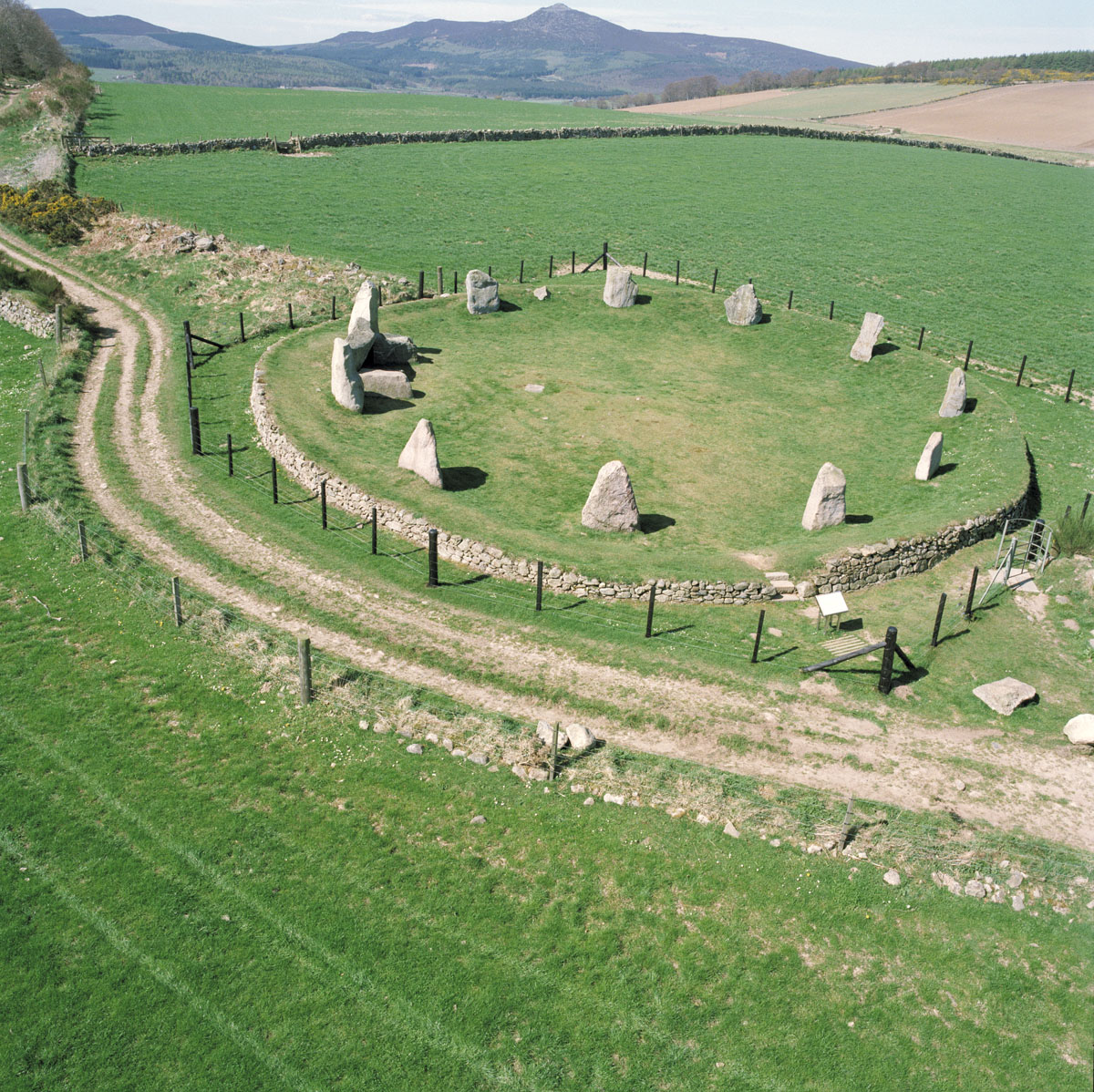 The ritual and burial site of Aquhorthies in Aberdeenshire is just one example of the range of early prehistoric sites that are included in this type. The primary source for identifying these sites is Canmore and its associated archives, although maps and published sources are also useful.