Between the 12th century and the Reformation of the 1560s a number of monasteries were endowed and built across Scotland for various orders, including the Cistercians and Augustinians, Dominicans and Franciscans. Now ruinous, each was set in a considerable area of land and enclosed by a precinct wall.

A small number of cathedrals were established at this time but they also became ruinous after the Reformation when the lands were confiscated by the crown or burgh courts, and the buildings were robbed for their masonry and roofing materials. Many are now visitor attractions, and a few have been rebuilt for modern religious use. 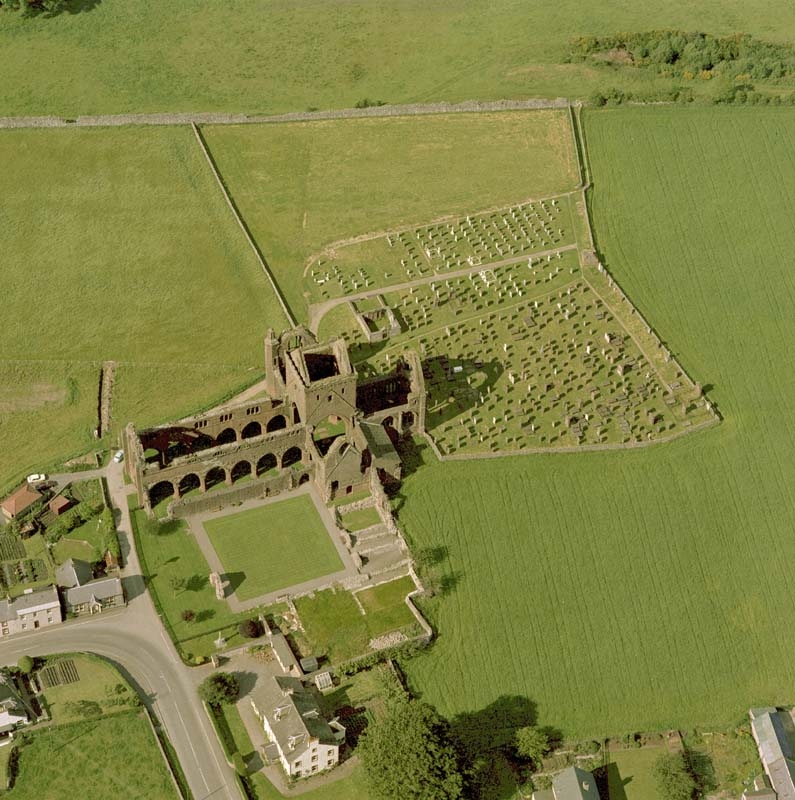 Sweetheart Abbey, which was founded as a Cistercian monastery in 1273, consists of the ruins of the church and cloisters and the area within the precinct wall (part of which is visible in the background of this aerial photograph). The primary source for identifying medieval monasteries and cathedrals is Canmore and its associated archives, although maps and published sources are also useful.